UV Gullas College of Medicine Campus is the top-ranking medical college in the Philippines. Admissions for MBBS 2021 are ongoing now at UV Gullas Admissions Office, Chennai. Apply today and start your journey towards MBBS in Philippines at the most affordable tuition fee! 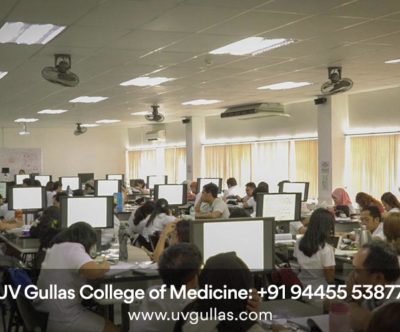 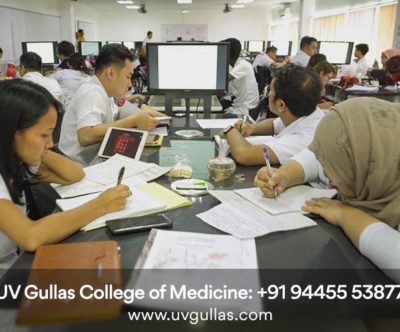 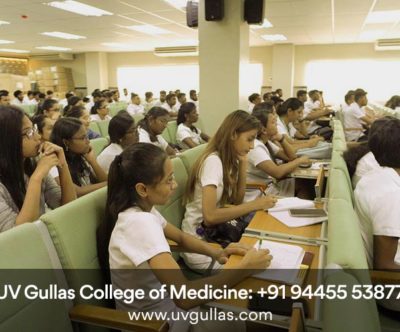 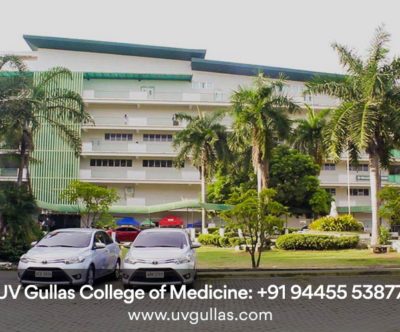 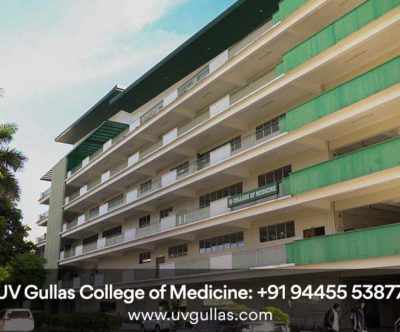 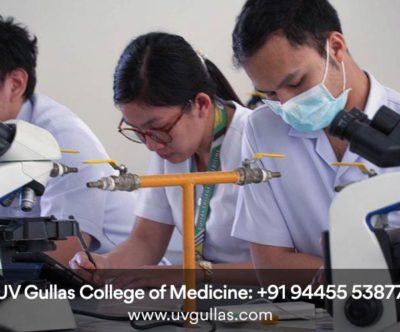 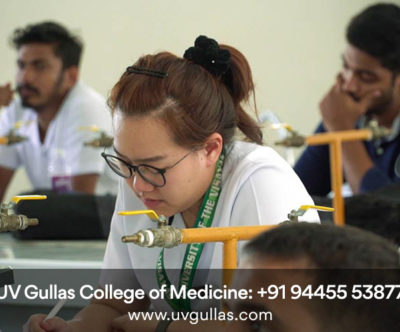 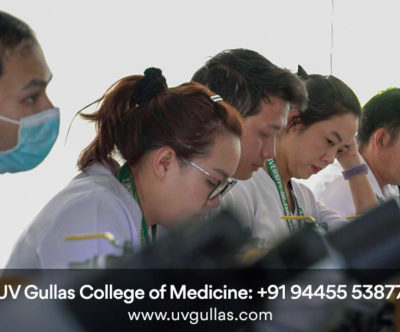 At UV Gullas College of Medicine, it has always been our vision to provide to every talented student with accessibility to functional, world-class medical education at an affordable tuition fee. UV Gullas Medical College is proud of the quality healthcare professionals and doctors we have produced over the last 50+ years as a top-ranking medical college in Philippines. The final goal is to serve the world and serve humanity. Our path is innovation, advanced technology, commitment, care to even the smallest details, and the wholesome development of every student.

I look forward to your presence in our campus. Come join the UV Gullas College of Medicine campus!

Walk into any of UV Gullas medical college admissions offices and our well-trained staff will help and support you through the entire process. Be a part of our proud UV Gullas College of Medicine alumni. Let us share the joy of learning and let us heal the world together.

Here are answers to some of the frequently asked questions by Indian students about UV Gullas College of Medicine and about studying MBBS in Philippines:

1. What are the Documents Required during Counseling and Admission Process for UV Gullas College of Medicine?

The list of documents required for admission at UV Gullas College of Medicine are :

For MD, the NMAT (National Medical Admission Test) which is conducted by the Center for Educational Measurement and is conducted twice a year – during the period of November – December and the period of April – May in all leading cities in Philippines. The score required is not going to affect the admission.

2. What are the documents required for Bank Loan Assistance?

The list of Documents required to process a student loan are as follows :

3. Where is Philippines Located??

Philippines is a south east Asian country. Countries that are near the Philippines are, primarily Taiwan and China to the north, and Malaysia and Indonesia to the south. Since Philippines is located as an island group, it has no countries that directly borders it. The Philippines is composed of 7,641 islands, only 2,000 of which are inhabited. Most Filipinos live on only 11 of these islands, with the center of population matrix concentrated on the island Luzon, where the capital city Manila is located.

4.Where is Cebu City, Located in Philippines?

Cebu City, officially the City of Cebu, also known as the Queen City of the South, is a 1st class and highly urbanized city of the island of Cebu in the Central Visayas Region, Philippines.

According to the 2015 census, it has a population of 922,611 people, making it the fifth-most populated city in the nation and the most populous in the Visayas.

It is the regional center of Central Visayas and is the seat of government for the province of Cebu, but is governed separately from it. The city is a significant center of commerce, trade and education in the Visayas. It is the Philippines’ main domestic shipping port, and is home to about 80% of the country’s domestic shipping companies.

5. When did the University of Visayas Start?

University of Visayas is a Prestigious 100 Year old University started in 1919.

6. What is the difference between MBBS and MD?

The difference is that MBBS follows the British system of education whereas MD follows the American system of Education. The degrees are considered equal in stature. For more information, please refer the ECFMG list of degrees, recognized from different countries.

7. How can I get the eligibility certificate from MCI?

Our Indian Office will assist you in acquiring the eligibility certificate from MCI.

8. How can I get the eligibility certificate from MCI?

Our Indian Office will assist you in acquiring the eligibility certificate from MCI.

You can apply and attempt the NEXT any number of times. However, the on campus training that is offered in Philippines is for USMLE and the MCI. USMLE is the toughest screening medical exam in the world and our students have a 82% pass record. Hence, passing MCI shouldn’t be a problem.

10. Can I get a job in Government Hospitals or allied Medical Institutions in India?

Yes, upon registration with MCI and the State Medical Councils, you are eligible for any government job.

12. How long is the travel time to Cebu City?

13. Do you have hostel facility at UV Gullas College of Medicine?

Yes, we do have the UV Gullas College of Medicine hostel which is separate for Girls and Boys, within the campus with 24 hours security, CCTV cameras and with South Indian Food..

14. How is the security on campus at UV Gullas College of Medicine?

At UV Gullas College of Medicine, we have CCTV cameras installed all over the campus, and we have tight security to ensure that our International Students are safe and secure.

15. What kind of food is provided?

We provide Indian food on UV Gullas medical college campus. We have separate counters for Veg and Non Veg. We even have provisions to provide Jain food for our students.

16. What is the cost of living in Philippines?

Cost of Living is the lowest when compared to the various other European and Russian countries.

17. How safe is Philippines?

It is one of the safest countries in the world,  due to its excellent bilateral relationships they maintain with all the countries around them and by nature, the people of Philippines are very gentle and peace loving.

FSAT is Foreign Student’s Aptitude Test that tests the general aptitude of a student when they join the college.

19. How is the Quality of education in Philippines when compared to India?

Philippines Medical Education is Comparatively better than India because of the higher exposure to practical knowledge since clinical starts from the second year itself.

20. What are the different kinds of courses available for higher studies?

We have a wide range of courses like Undergraduate courses and Post graduate courses. But, the main course we offer is MBBS in Philippines. The lists of other courses are available on our University website.

21. Is getting a part-time job difficult?

No. Getting a part time job is not so difficult. Working in a part time job lets you interact with many people, builds up confidence, gives monetary security to a certain extent and gives you exposure.

22. How does UV Gullas College of medicine ensure safety for students during the COVID-19 pandemic?

At UV Gullas College of Medicine, we have switched all our operations – from lectures, enquiries and even fee payments – to online platforms. Apart from that, our entire campus is sanitized regularly. Sanitizers and safety equipment are made available at every corner of our campus. No outsiders are allowed inside the campus.